Breda University of Applied Sciences is an education institution with more than 7.000 students from over 60 countries. It is situated in the south of the Netherlands, in the city of Breda, only 100 km from both Amsterdam and Brussels. Breda is a historical city with approximately 174,000 inhabitants. Some 14,000 young people are studying in Breda.

Breda University was founded in 1966 as an institute offering management programmes in tourism, hotel and leisure and in this field, it is the largest and leading education institution in the world. New programmes have been developed, closely related to these disciplines, such as International Hotel Management, International Media and Entertainment Management, and International Game Architecture and Design and all of them are ranked for number one in Holland. The Logistics Academy at Breda  is the only one all over Holland, which managed to gain an "excellent" acreditation for 50 years in a roll.

Breda is NUMBER 1 in the Netherlands:

We are proud to announce that Elsevier magazine ranked Breda BEST of all higher education institutes and universities in the Netherlands in 2015, 2016,2017,2018,2019. All Breda programs scored above the mean in their class. Therefore the general score of Breda is 100%. Elsevier is a weekly high class magazine, which yearly publish a ranking among all higher education’s institutes and universities. 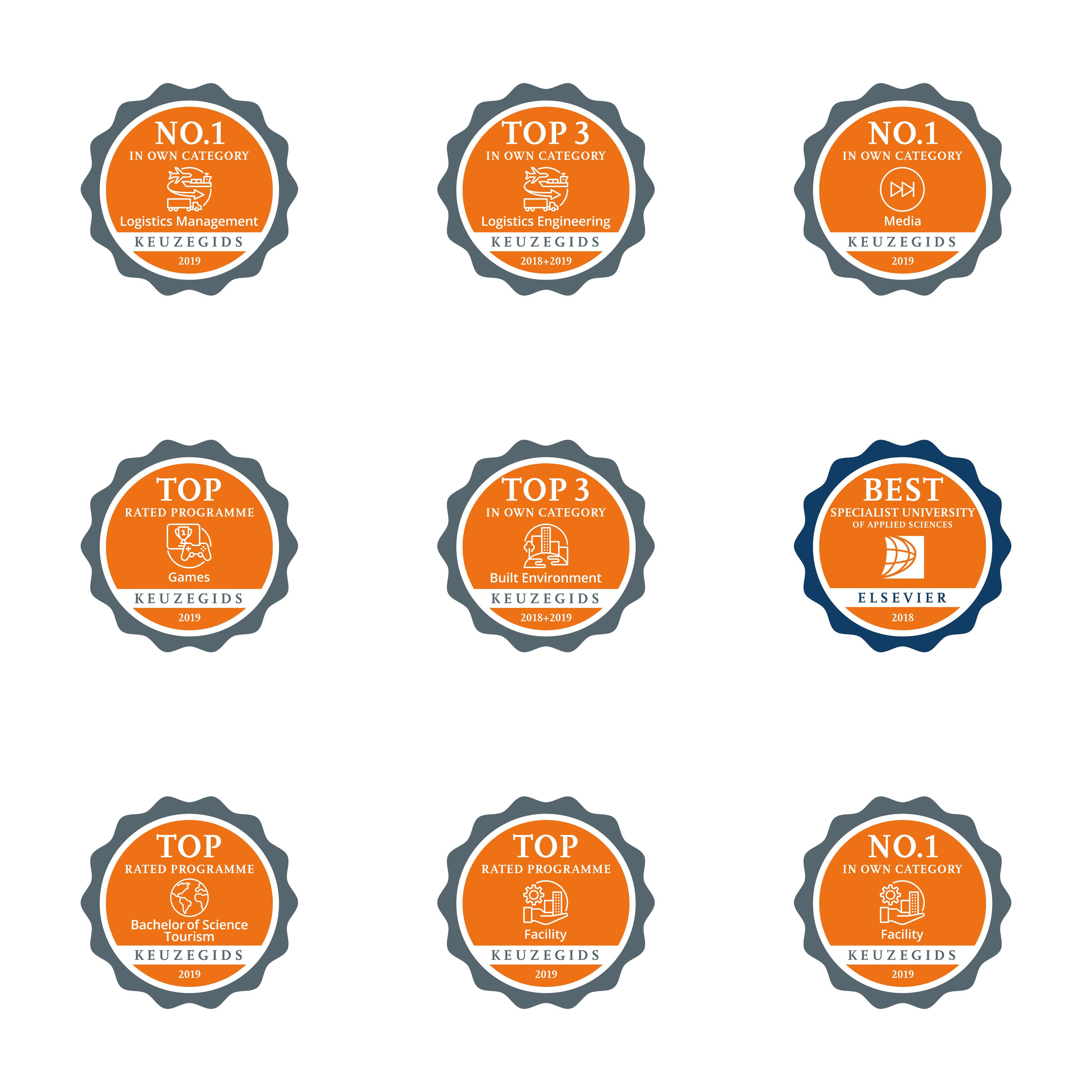